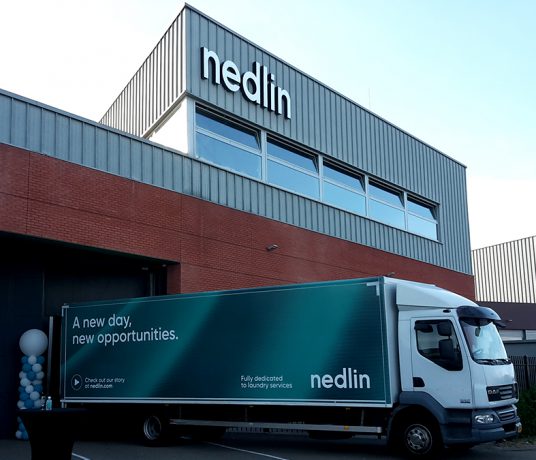 WSP welcomes the Limburg family firm Nedlin as a customer. Nedlin is one of the largest family firms in the Dutch laundry sector. In the village of Elsloo, Nedlin processes some 650 tonnes of hospitality and hospital linens per week in two laundries housed under one roof. Moreover, the town of Hoensbroek is home to Nedlin Industry, where work clothing is laundered in a modern production environment.

Following years of contact, Nedlin paid WSP a visit during the anniversary event #Up2U. Impressed by developments being made at WSP, such as the new lift and WinWash 2.0, Nedlin continued its dialogue with WSP after the event. And with success: for the laundry in Hoensbroek WSP has been commissioned to supply a new soiled laundry bag rail system. In addition, most of the clean laundry bag rail system will be replaced. And the bags of both the D2 and the D3 systems will be fitted with RFID for maintenance purposes. The entire operation will be controlled by WinWash 2.0.